INSTRUCTIONS:  Reach the door to advance to the next level.

Enjoy 30 levels of platforming. Your able to test your skills and also beat your own best time score and KO scores. I'm happy to have this game out and I hope you like it as much as I do. My goal is to make 100 levels for this game so far 30 completed lets go 70 more to go!

Gamepad: D-pad or Analog Stick for movement, A button to jump.

Thank you trying it out.

can you add checkpoints in ice levels? pls i need them

also what do i do with coins

Hello I will work on what you requested after I finish my next mobile game. The coins for now are for guiding the player where to go. I did plan on making a game store as of now that idea is not the main concern but checkpoints that is top priority.

It's pretty good. Very functional just pretty hard. The ice levels had a difficulty spike to high so make the ice levels easier. Other than that, it's awesome! The art style, the level design, the gimmicks and all! -ThatGeoHacker from discord

Wow, the levels had a great progression to them, both of mechanics and difficulty. Level 30 and 35 were a b*tch and it felt great when I overcame them. It took me a little over an hour which to date is the longest I've ever spent on an itch.io game. This is really something special. Also I missed the checkpoints in the later levels! Not because it was harder but because the sound and animation for them were so pleasing.

The only issue I've noticed is past level thirty, when you're in the ice section, the level and death count displays zero. This means that once I finished the game it just says "KO Counter 00". Which, while making me look impressive, wasn't earned.

Still this game is incredible and it's definitely been one of my favourite experiences on this site. Good luck with the rest of the levels!

Wow thank you for that review. You are correct about the levels past 30. These are new levels that I added and so will need to update it so it shows all the correct info for these levels.

It was more of a beta test because lots of ppl wanted more levels. So I did those quick as I can but havent had a chance to do the little details to those levels. I will do my best to make sure all that gets fix and the next update. so far I have 40 out of 100 levels completed. I will be happy for you to test my new updates when release them.

Ah I see, I assumed it was something like that.

Works nicely on mobile. As suggestion: make the touch buttons a little bigger and with 50% opacity and it will be perfect ;)

Ok I will try making it 50 percent on the next update to see how it will look and I will play with the touch button size. Thank you for the feedback glad you like it.

This game is amazing and i love it alot!!! im looking forward for these updates ;3

Pretty challenging game... I like the design of the levels too.

Check out the new update I just release!

Yes my goal is to make 100 total levels. I'm all ready working on the new update! Thanks for following me

np, the game is really fun, comparable in pacing to hollow knight and with similar quality to celeste. You hit the nail on the head with this one.

Wow I'm happy to hear that!

This is extremely cool, gg!

I reached almost the end of level 30, and then I had to quit playing (without realising I had almost completed the game 😅).

Anyway these are just feedback for improvement, so far it's really really good!

Thank you for that great feedback! I will add this to the to do list.  Right now I'm working on a new update, adding coins to the game! Which I will be working on a store to buy upgrades for your hero on another update, also adding a new level design to levels 1-15. Thank you again for trying out the game and leaving feedback so I can improve the game for you players :D

Wow can you take a screen pic of that and post it here! That is dedication! Happy you played the game!

I didn't have a screen shot of that run so I did it again. It had some good replay-ability. I still found it challenging in spots. 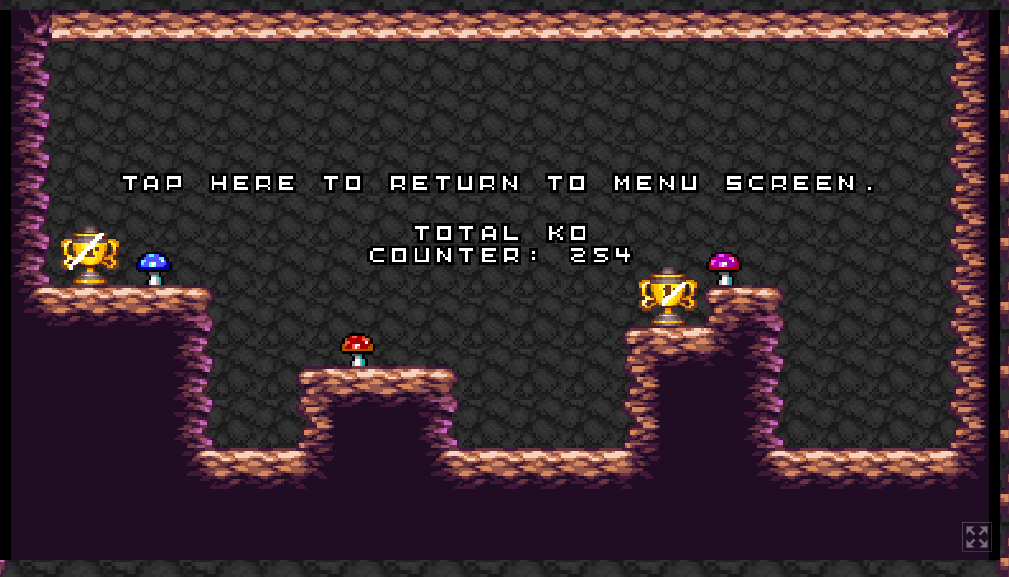 At first I thought your game was too easy but I was wrong. Nice game !!

Thank you! More levels to my goal is 100 total

This made me so angry I honestly thought I might die but you know what? I bloody love that!! Well done!!

I finish watching the gameplay of your video. Very funny you made me laugh. Thank you for the great vid!